0 comments
By sara
In Club Magazine 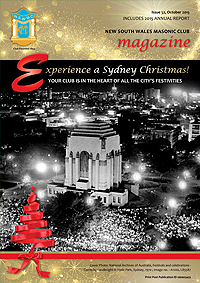 Dear Fellow Members, his is the last occasion on which I shall be reporting to Club Members in this magazine. I do so with mixed feelings. I joined the Board in December 2001 and served firstly as Convenor of the House, Supply and Staff Committee and then as Vice President. After Bill Wright was last hospitalised in September 2004, I chaired meetings of the Board and the next Annual General Meeting as acting President until the next election. I was elected as President in 2005 and have served in that office continuously since.
Download PDF