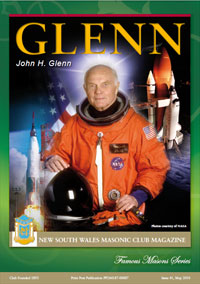 Dear Fellow Members, Since my last message the Club has suffered the loss of a number of Members. Amongst our losses have been two former Directors, Lindsay Graham and Ron Maguire. Notes about their service to the Club appear on the opposite page of this magazine. We also lost on the 13th February Clarrie James O.A.M and on the 20th of April Jill Graham (Lindsay’s widow). The Club was represented at all three funerals and a wake was held in the Club for Clarrie’s, family and friends. They will be sorely missed. The Board recently and successfully concluded the sale of its Heritage Floor Space, having previously been authorised to do so at the Annual General Meeting. The price obtained was most satisfactory and the resultant funds will be put to good use. The Board has now to negotiate an appropriate Neighbourhood Agreement with Grocon which will be developing the site to our immediate north and west.
Download