On September 15, 1893, the NSW Masonic & Literary Club was formally launched as an active organization, under a constitution, by a group of Masons who saw the need for a closer union among the fraternity. Members originally met in a room at the Royal Hotel, Fiveways, in Paddington. Subsequent meetings were held in the Paddington Town Hall and, as numbers increased, the Club moved to a more central location, occupying the ground floor of the Australian Chambers, located at 289 Pitt Street.

On June 22, 1906, the Club was reconstituted and registered as an Association with limited liability. It started afresh with a Board consisting of a president, two vice presidents, a treasurer, five directors and a secretary. In 1925, the Association purchased land from the Commercial Travellers’ Association for £43,000, that land extending from Pitt Street to Castlereagh Street. Shortly afterwards, the Pitt Street frontage was sold for £50,000, and construction of the New South Wales Masonic Club building was commissioned, with its frontage to be on Castlereagh Street.

Construction of the building began in 1926, which was designed in the Art Deco style of the time. The Club’s building was the first reinforced concrete building of its kind in Sydney, setting a precedent for other buildings in the CBD. At the time of completion, it was Sydney’s tallest building, standing 12 floors high. The NSW Masonic Club building was officially opened on September 12, 1927.

Over the decades, the Club made various changes inside the building from time to time, according to the changing needs of Members, and the evolving use of the facilities.
The single biggest change came in 1984, when the Members’ accommodation rooms were separated from the Club’s licence and commenced operations as a hotel known as the Castlereagh Inn which, when further floors were converted to guest rooms, eventually became known as the Castlereagh Boutique Hotel.

A committed program of restoration and refurbishment was undertaken in the 1990s and this program continues still. The official opening in 2004 of the fully refurbished Boardroom, by Her Excellency Professor Marie Bashir  AC CVO, the then Governor of New South Wales, was a highlight of the restoration program.

Original features included a library, ballroom, billiard and card rooms, the main bar, lodgings and the magnificent Grand Dining Room, now one of the last of its kind in Sydney. In the 1990s the dining room was restored, at a cost of $350,000, to recapture the charm and elegance of its original splendour. Amazingly, metal plates installed during the war, had to be removed from concealed windows. The ornate gold leaf decorations adorning the walls, the original plastering remaining intact, and a Steinway grand piano, make dining here a pleasure – a memorable indulgence in true opulence and elegance. Cellos can accommodate up to 150 people for formal functions such as weddings.

The building was heritage-listed in 1980, and the Club enjoys a close working association with the Historic Houses Trust. The building has been included in the annual Sydney Architectural Open Day for many years, with a great display of interest from the public.

Today the New South Wales Masonic Club holds true to its essence and is a meeting place for Club members, families and friends. The Hotel offers six accommodation floors and 83 guest rooms, all elegantly fitted out with period furnishings. It continues to trade profitably and flourishes with activity and fraternity from the many associations, businesses and hotel guests who call it their own.

Owned and operated by the New South Wales Masonic Club, the Castlereagh Boutique Hotel is ideally positioned in the heart of Sydney’s CBD. The Hotel enjoys a AAA Tourism 4-star rating, and continues to thrive, thanks to the hard work of today’s staff and Club Members, the foresight of the founders of the New South Wales Masonic Club and the commitment of Members and staff over many, many decades.

Still today, the traditions of the past century are significant and great pride is taken in the preservation of standards set so many years ago. 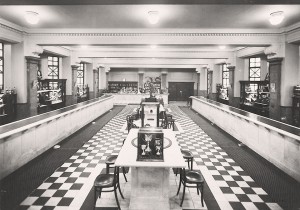 The Main Bar which is now the lobby 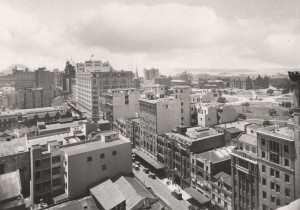 Hyde Park from the hotel rooftop 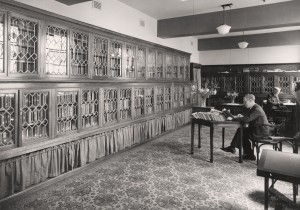 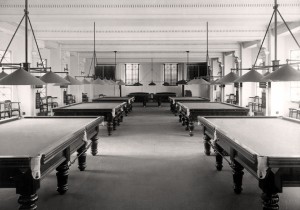 Original photos from the 1920s.