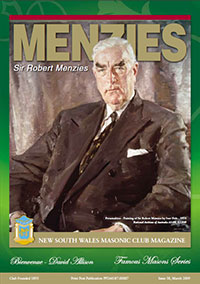 Dear Fellow Members,
Since I last wrote to report to you, the Vice President, the
General Manager and I have once again attended the
Annual Conference of Clubs NSW as the representatives of
this Club.
A new feature at this conference was an elective seminar on the subject of club
amalgamations. It was well attended. The fact that such a seminar was held at
all is indicative of the state of the club industry.
Every month brings closures or proposals for the amalgamation of clubs. One
city club has ceased trading, others are in financial difficulty and still others are
in the process of amalgamation.
Your Club has not been left unscathed by the financial downturn but your
Board is confident that with prudence and effective administration we will come
through the overall economic trough with all colours flying.
Download